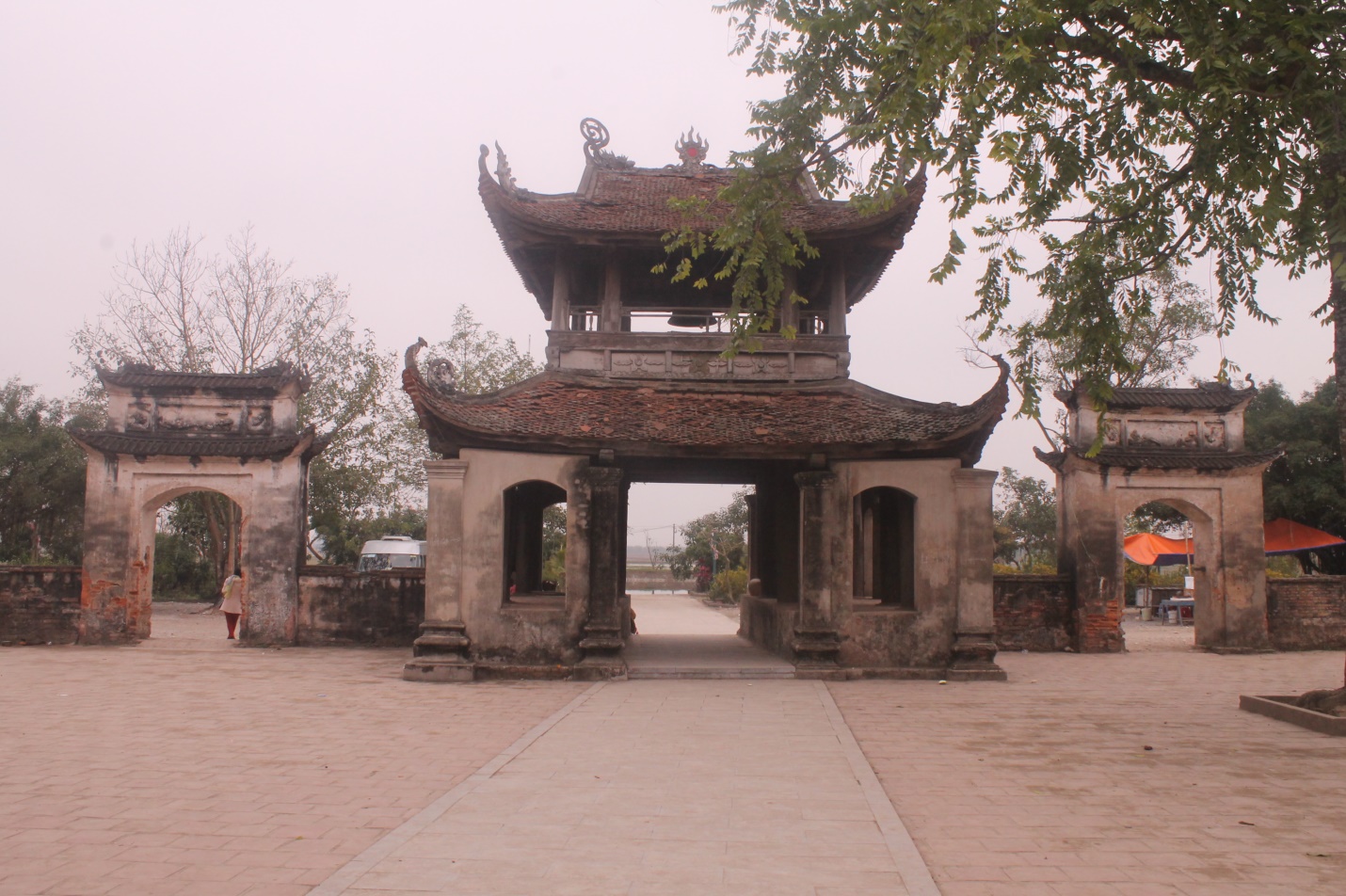 Dau Pagoda Hanoi is located in Gia Phuc Village, Nguyen Trai Commune, Thuong Tin District, Ha Noi. This pagoda can be visited by taking a car trip or a bike tour from Hanoi. A day cycling tour offers the chance to discover the Dau pagoda as well as its surrounding rural villages.

The pagoda’s gate faces west; the walls are not too high, mossy green and decorated in Buddhist designs and patterns. High on the centre is a big panel with characters “Thanh Dao Tu”. Beyond the gate, visitors seem to be in a care-free world and live in an atmosphere of meditation. Three – door gate is an ancient architectural project overlooking Long Tri Lake. The gate was built in a lotus design with two roofs. The upper roof is symbol of positive world; the lower roof is square-shaped as a foundation. The pillar base­-stones to support the whole roof and the lowest roof is seen as negative world. Between the positive and the negative is a bronze-bell, a symbol of centre part of the lotus flowers.

A visit to Dau Pagoda helps visitors to see rare and precious exhibits: bases and stone-bases from Ly Dynasty decorated with lotus flowers. On staircases of the main hall, there are two stone dragons, a masterpiece of Tran Dynasty. The dragons were built in round bodies, winding as waves on blocks of stone; it’s really an artistic masterpiece. Visitors will be deeply interested in the ancient traditional architectures, the sculpture pictures on beams, columns or panels… all depict legendary traditions: fairies on dragons, boys fighting tigers, or four sacred animals: dragon, lion, turtle and phoenix (long, ly, quy, phuong) or 4 seasons: pine-tree, butter­cup, ivory-bamboo and apricot (tung, cuc, truc, mai). The sculpture designs look very beautiful, realistic.

All architectural works and projects: the main hall, the worship house, the temple, the male and female monks’ houses… were built of rectangular – shaped bricks (Mac Dynasty). The typical identities on the bricks lie in patterns of sacred animals: houses, dragons, carps to turn into dragons or vegetation and flower world.

But most interesting is the story of the monks: Vu Khac Minh and Vu Khac Truong. The story has it that: after reciting prayers, the monks burnt themselves by the innermost lire of meditation, they died under the altars of statues and their followers protected their bodies in meditativeness and coated with special paint, then put on closed-­in temples.

This is the most special culture heritage in Dau Pagoda. It’s also a product of spiritism culture, the most sacred and interesting. The pagoda is admitted by Ministry of Culture and Information as “culture historical” monument.